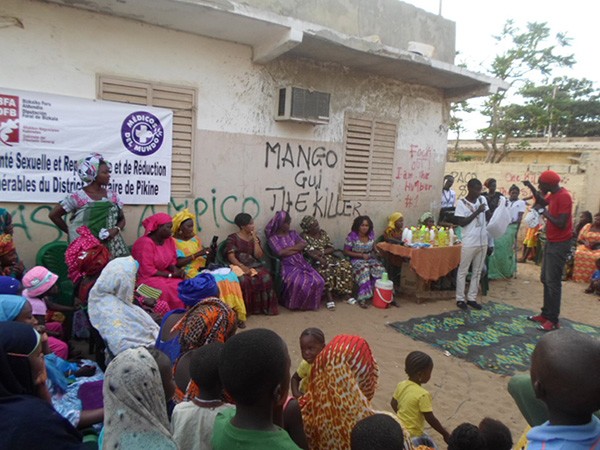 Eurogine is a Solidarity company

Coinciding with the celebration of the World Contraception Day, Eurogine has signed a Partnership Agreement with Doctors of the World to donate part of the proceeds from the sale of its IUDs nationally and internationally during the last quarter of the year.

Coinciding with the celebration of the World Contraception Day, Eurogine has signed a Partnership Agreement with Doctors of the World to donate part of the proceeds from the sale of its IUDs nationally and internationally during the last quarter of the year.
Doctors of the World actively works on issues related to sexual and reproductive health in different parts of the world aware that these matters remain controversial because they are strongly related to cultural and ideological issues. Some of the main difficulties encountered are the invisibility of the problems and their causes, the scarcity of resources, poor health coverage, difficulty in accessing health services, limited information and participation of the population, scarcity empowerment of women in decision-making and in the exercise of their rights, poor or non-existent sexual education and religious fundamentalisms.
This donation will be fully invested in the Program of Sexual and Reproductive Health carried out by Doctors of the World in the Sahel area, geographic belt between the Sahara desert and the beginning of the Sudanese savannah composed of 8 countries: Mauritania, Mali , Niger, Gambia, Senegal, Burkina Faso, Cameroon and Chad. The common denominators of these countries are extreme poverty and being part of a semi-arid region, characteristics that make them victims of food insecurity, malnutrition, violence by armed conflicts and epidemics, all aggravated by being the area of ​​the planet which is suffering more to the consequences and effects of climate change. According to the United Nations Office for the Coordination of Humanitarian Affairs (OCHA), there are five specific situations in the region that are becoming constant challenges to humanitarian aid: extreme poverty (one of the poorest regions of the planet), climate change (increasingly unpredictable weather changes directly affect agricultural and livestock resources), instability and radicalization (criminal and trafficking networks take advantage of their vulnerability), the excessive growth of population (the Sahel countries register the highest birth rates in the world) and mass migrations (this area is the key corridor for migratory routes to Europe).
The Human Development Index measures the average developmental progress in three broad areas: long and healthy life, knowledge and decent standard of living. Of the 188 states analyzed in this Index, 7 of the 8 countries in the Sahel area are among the last 15.
Eurogine will contribute to Doctors of the World goal of ensuring that reproductive health services are not considered as optional and isolated programs, but an integral part of primary health care, working on fronts such as maternal and child mortality, prevention and treatment of HIV/AIDS, family planning, promotion of appropriate hygiene, food and customs habits, prevention of unwanted pregnancies, sexual violence against women or sexually transmitted diseases among young people.